How Does an Evaporator Coil Work? 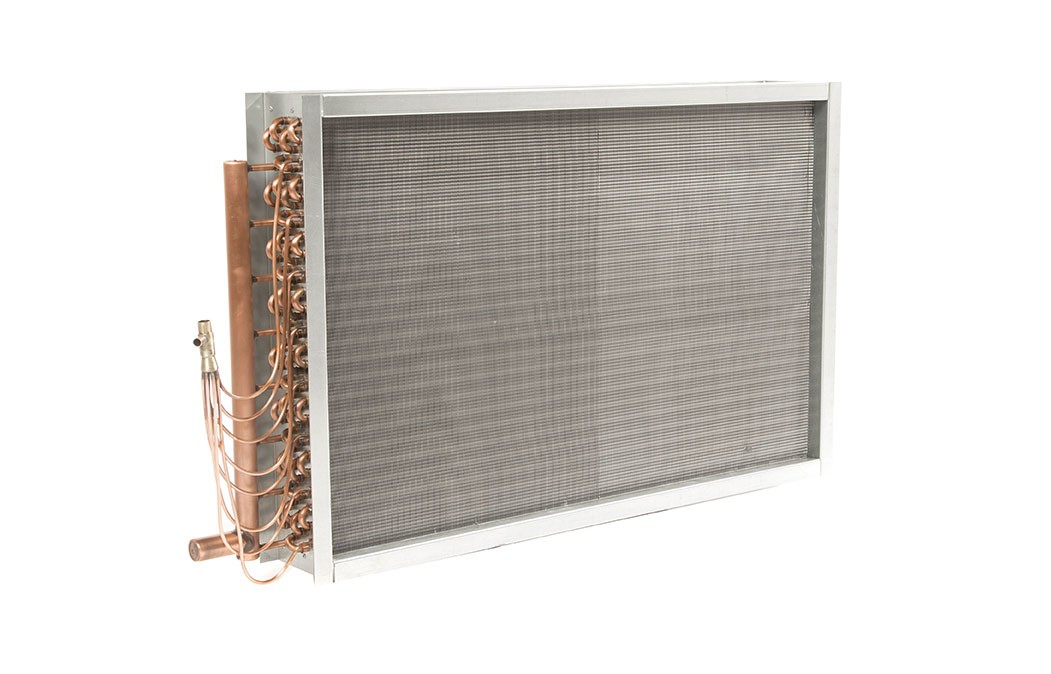 How Does an Evaporator Coil Work?

Evaporator coils are a mystery to many technicians and engineers in the HVAC industry. Evaporator coils don’t have any movable parts, and a coil can have many different capacities based on what it’s fed from the refrigerant side of the closed refrigeration loop.

If a self-contained unit is used to provide air conditioning in a space, the evaporator coil will have been engineered to match the other components in the package (compressors, condenser, valves etc.). The unit may be tagged as a “10-ton unit”, and the components will all be sized for 10 tons. The unit may have a quantity of two circuits at 5 tons each, and the evaporator coil will have two circuits as well.

Most units that are a standard tonnage are selected at typical conditions for most of the country. That would be 400 CFM per ton (4,000 CFM if a 10- ton unit), 80/67 entering air (dry bulb and wet bulb standard return air conditions for an AC system), R-410A (most are now this refrigerant type), and approximately 44 to 45 degrees F suction temperature. At these conditions and 400 CFM per ton, the leaving conditions would normally be in the high 50’s discharge temperature.

Remember: All the tubes must be the same length, and the centered tubes should be closer to the back of the distributor then the ones at the top and bottom. 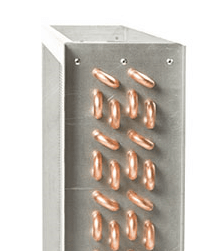 Remember:  There is the heat that the refrigerant received at the evaporator coil and the heat of compression. The condenser must remove both, and this is generally called “total heat of rejection”.

USA Coil & Air prides itself on its ability to identify evaporator coil problems.  Many times, coils wear out with multiple leaks in joints or become dirt laden over time. However, there are systems that require a specialist to analyze the system problem and recalculate/redesign an evaporator coil that will work in any system. Try USA Coil for your evaporator coil problems and replacements, we solve problems without creating new ones.